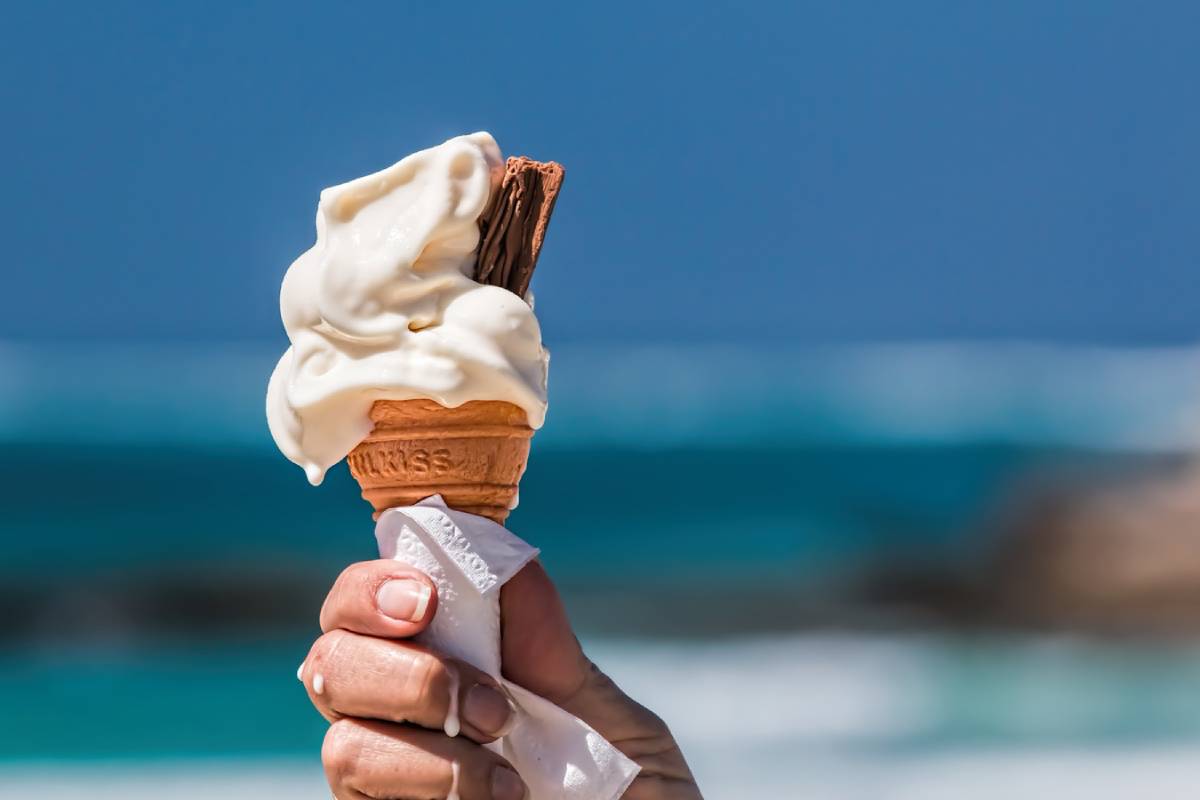 There will not be a single answer to the question, “Where is the world’s most delicious ice cream?” We will all have our favorite flavors and textures. However it’s is always fun trying ice cream in different countries to see how they measure up.

Many, if not most, people in the world love to eat ice cream at some time. So often when we eat ice cream, we can allow ourselves to be transported to another time and place. Our memories might come from a special day in our childhood or a special place in our worldly travels.

The name ice cream has been around for over two centuries, and ever since people started making it, the recipes and methods have been perfected. To make delicious ice cream, one must start with the best ingredients, and the quality of milk and cream must be second to none.

I’ve done a little of my own research concerning ice cream, but beauty is in the eyes of beholder–or the mouth of the eater in this case. However, enough people voted for these countries for producing delicious ice treats.When visiting them, be sure to at least sample some.

Sunday is the traditional “Cream Day” in Jamaica, where everybody hangs out to eat their favorite ice cream flavor. If you are an adult, you might like to try vodka or Irish stout ice cream. However, there are plenty of traditional tropical fruit flavors to choose as well. What about cherry and pistachio? 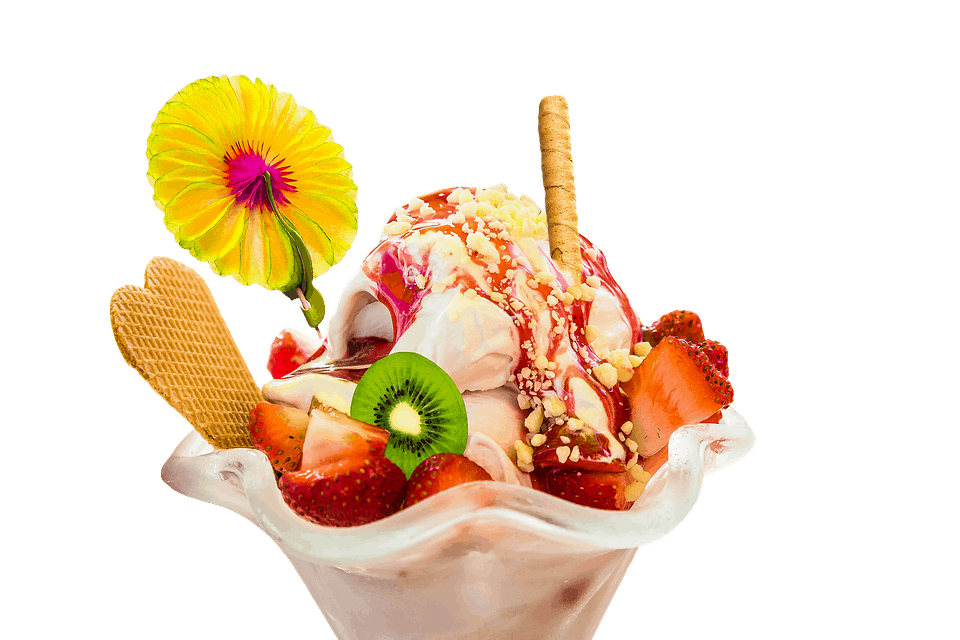 Devon House I-Scream in Kingston is one of the best ice cream parlors, where you will find a great array of scrummy ice cream. The building itself is built in historic Caribbean Victorian style, so a little extra ambiance doesn’t hurt. Kremi is another popular brand.

Mexico has great ice cream, and some of it is still made the old-fashioned way in garrafas with hand-powered churns. Even their “plain old vanilla” is to die for, as they use their home grown own natural vanilla pods. They also have a product called paleta, which is essentially like a richly fruit flavored sorbet and very refreshing. For some odd flavors, you might try ostion (oyster), zorillo (snake), and vibora (skunk)! Not for the faint-hearted, obviously. 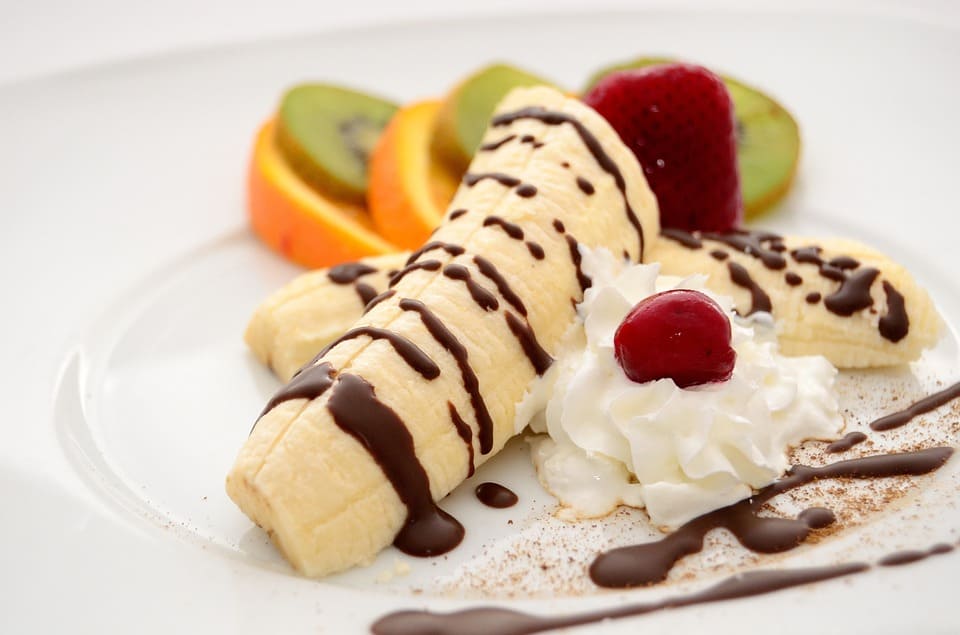 And there is often a smidgeon of chili to be found somewhere too. An annual ice cream fair is held in Tulyehualco to ensure that the industry keeps improving and developing.

Don Paletto Parlor is a very special parlor especially for animals to help keep them chilled in Mexico City. They get to chow down on flavors such as  “Lucky Lucky” and “Gentleman.”

Australia is generally a warm country, and it has a developed dairy industry, so it’s no surprise to find great ice cream parlors there. It’s also no surprise to find its inhabitants among the top ten consumers of ice cream. Some of Australia’s favorite brands include Jock’s ice Cream and Sorbet, Gelato Messina, and HeladosJuaja. 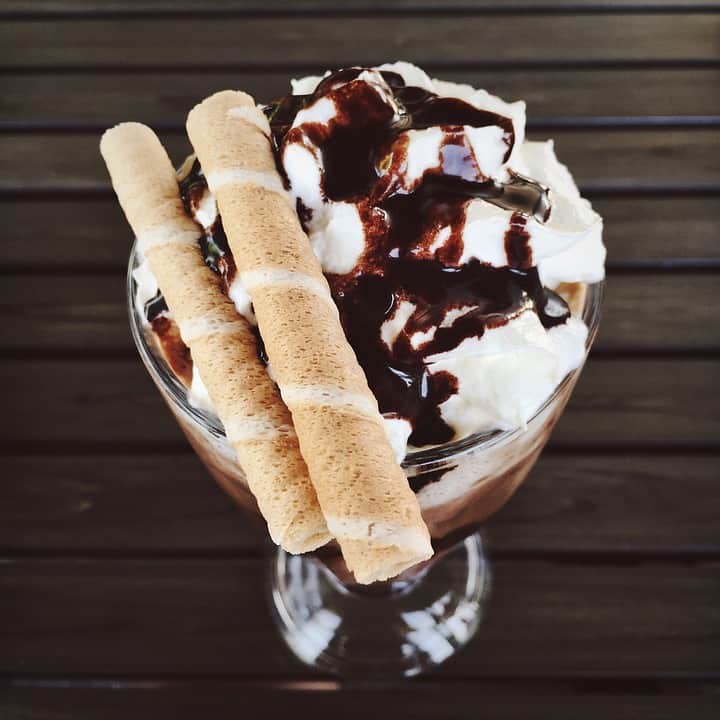 Those names give an indication of the mixed heritage of Australian ice cream producers. If you want to try something traditional, buy an “Eskimo Pie” for vanilla ice cream wrapped in a chocolate coating, or a “Monaco Bar” where vanilla ice cream is sandwiched between two chocolate biscuits.

In Turkey, ice cream is called dondurma, which means freezing in the Turkish language or Maras Ice Cream. And it’s delicious! It contains a slightly unusual ingredient called salep, which is an extraction from the roots of purple orchids and another called mastic .Both of these ingredients help to resist melting, which is important in summer heat if you don’t want to end up drinking it before you leave the shop. Dondurma has a slightly chewy elastic texture, so the vendors make an elaborate twirling show before finally delivering your ice cream into your hand.

It’s traditionally sold by mobile street vendors or shop fronts that open directly onto the street, so it’s easy to get your daily fix while traveling through Turkey.

If you are looking for bizarre ice creams, then head straight to Japan. They’re not frightened to experiment when it comes to weird (and not-so-sure-about-wonderful) flavors.  Many of the flavors are linked to the towns in which they are sold. Things get a little weird with “Volcanic Ash Vanilla,” “Raw Horseflesh,” and “Squid Ink”…However others such askinako (toasted nutty soybean flour) or kuro-goma (black sesame) flavors are ubiquitous throughout the country, as well as what many would consider normal,  chocolate, vanilla ,or fruit or aromatic flavors such as miso, melon, and rose.

Their style of ice cream is soft serve, with twirling peaks of various flavored desserts sold throughout the country. Tell us if you have ever tried Japanese ice cream.

A lot of ice cream is consumed in the U.S.A., so it must have something going for it. In fact, more than 5.28 gallons (20 liters) is eaten per person per year! Ben & Jerry’s, Blue Bell, Breyers,Dreyer’s,Häagen-Dazs,Talenti,Turkey Hill, and Wells Blue Bunny are all very popular brands. As for popular flavors, a little more subdued than Japanese style, favorites are more likely vanilla, chocolate, mint chocolate chip, and cookie dough. 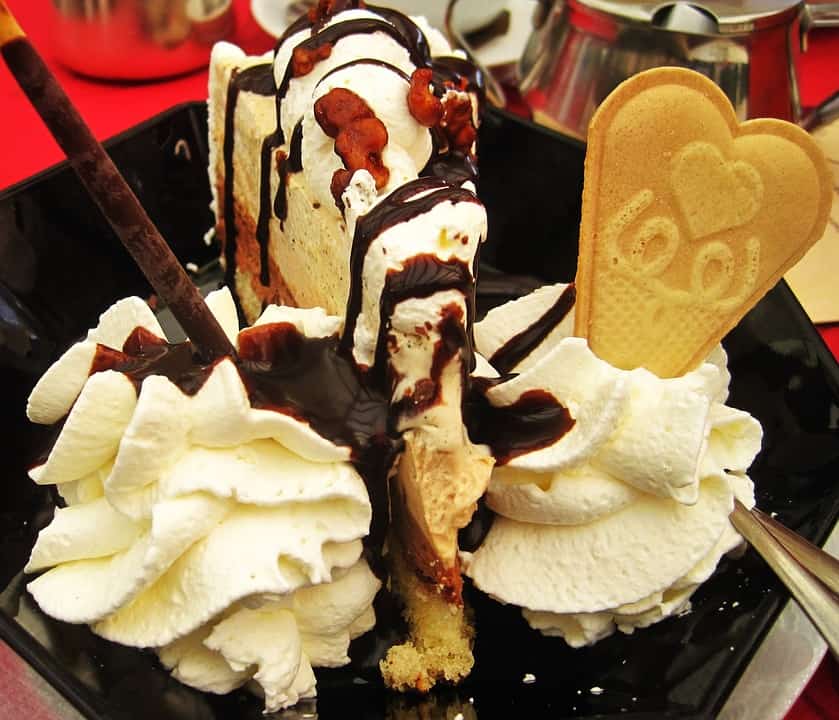 If you want more adventure in your flavors, these have been recent favorites: Snoqualmie “Blueberry Cardamom Crisp,” Ample Hills “Baby I was Churned this Way!,” Jeni’s “Ylang Ylang & Fennel,” and Salt and Straw “Caramel Corn on the Cob.” Wow for imagination!

No list of great ice cream would be complete without Italy. In Italy, ice cream is called Gelato. It is lovingly made from a milk base with cream and sugar, the latter in higher quantity than many other ice creams worldwide. This makes for a lower fat but sweeter product that gives a smooth texture and gel like consistency. It is also churned at much slower speeds so it has less air. This makes fora rich and dense gelato that melts in your mouth. Flavors are usually with fruits, nuts, coffee, or chocolate. It’s quite normal to mix the flavors as suits your taste buds by ordering a selection of two or three different flavors.It’s not surprising to learn that Gelato is sold in a gelateria.

New Zealanders consume the most ice cream per person year in the world at over 6.08 gallons (23 liters) per person! And as New Zealand has more dairy cows than humans (6.5 million cows to 4.5 million humans), it’s not surprising the quality of their ice cream is up with the world’s best. It’s also nice to know that these cows live outside and eat grass all year round to produce great milk and cream under strict quality control to high standards. 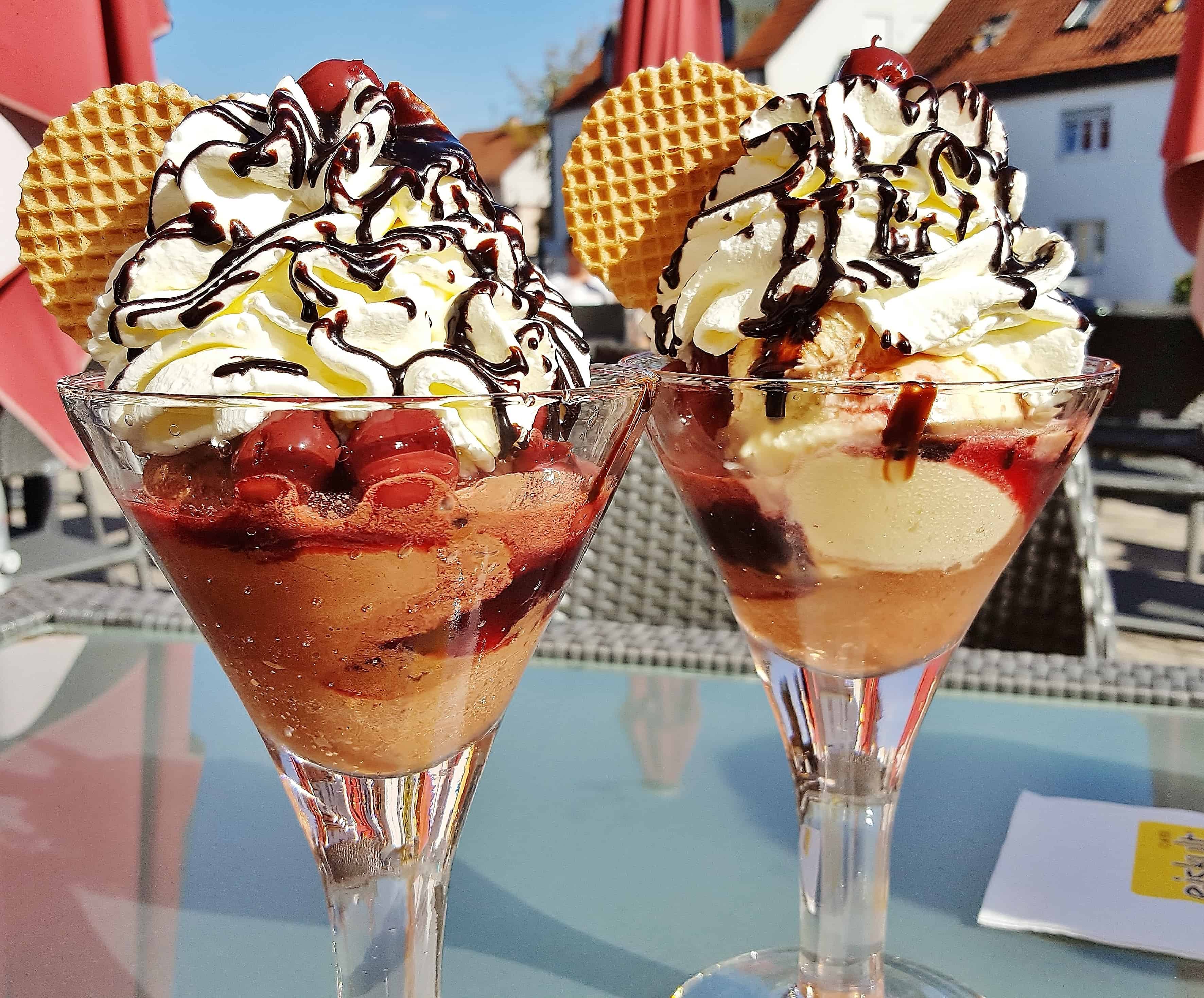 It’s a summer tradition to line up at the small corner store known as a diary to choose flavors for single or double or even triple scoops. You can even get them dipped in hot chocolate and crushed nuts, but beware the really hot day when you have to eat them fast. One local flavor is called Hokey Pokey, which is vanilla with small chunks of chewy caramel.

It’s always warm and sunny somewhere in the world, so transport yourself to warmer climates by eating an ice cream today. And where ever you are travelling, do the ice cream taste test so that you make memories for your holidays. “I remember eating ice cream on Brighton Pier,” or “the top of a mountain in Switzerland…” will be sure to bring a future smile.